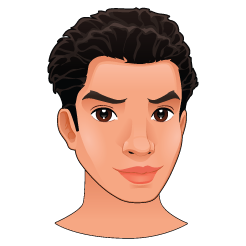 When constructing a children's playground for a school, public park, or commercial business, choosing the right surface material is critically important. Playground surfacing should be soft and forgiving enough to cushion falls and keep playing children safe. With this in mind, many playground construction contractors rely on rubber mulch made from shredded rubber and/or plasticized rubber polymers.

Unfortunately, rubber mulch has a number of shortcomings and may even be dangerous for children's health. Wood mulch sourced from a reputable mulch supplier is a better choice for many outdoor playgrounds. Here are three reasons to choose organic wood mulch instead of rubber mulch for surfacing children's playgrounds:

Wood mulch is considerably cheaper than rubber mulch of comparable quality, leading to lower upfront construction costs for your playground. Low-quality rubber mulches may be more cost-effective, but should still be avoided for the reasons listed below. If you are constructing a large playground and need considerable quantities of mulch, wood mulch is far more economical.

If you are constructing an environmentally friendly children's playground, wood mulch is by far the better option. As a purely organic material, wood mulch does not contain any harmful chemicals or synthetic by-products, and will not contaminate the soil in and around your new playground.

Rubber mulch contains a number of synthetic chemicals that can leach into the surrounding soil as the rubber degrades. These chemicals can contaminate the soil and local groundwater supplies, potentially leading to long-term environmental damage over a wide area.

However, playground mulch can be scattered over a wide area by high winds. With wood mulch, this isn't a problem, since the small timber chips are not generally seen as litter and will rot away over time. Rubber mulch scattered over a wide area is an unsightly eyesore that must be removed manually. It can cause your playground to fall foul of local littering laws if the mulch is scattered onto public or private property.

High-quality rubber mulch from a reputable supplier generally contains small amounts of these potentially harmful chemicals, but the long-term effects of these synthetic substances are poorly understood. Health-conscious parents may keep their children away from playgrounds surfaced with rubber mulch.

Wood mulch contains none of these harmful synthetic chemicals and does not pose a danger to the health of children. Some low-quality colored wood mulches may be impregnated with synthetic dyes, but colored mulches made using safe, vegetable-based dyes are widely available.